Events - Dawson Smith and the Dissenters

Dawson Smith and the Dissenters

High energy rock ‘n’ Americana – blues rock how its meant to be!” 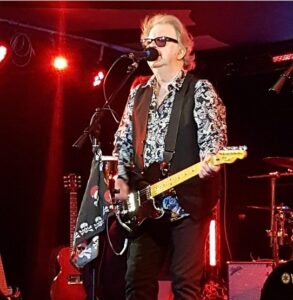 Based in Leicester, UK for over thirty years, Dawson Smith is originally from South Wales and has a well earned reputation for fronting great bands and rocking venues all over the UK and beyond making his name as the frontman / songwriter of blues rockers The Healers (’90s).

Following The Healers split, Dawson recorded two successful solo albums. Valley Boy (2002) and The River Road (2005). Loads of gigging followed, playing with a flexible band line up. Until, in 2005, Dawson put together THE DISSENTERS with the intention of forming his dream ‘road band’ able to deliver the type of driving swamp blues and rootsy Americana bar room rock & roll that has always been the backdrop to Dawson’s distinctive songs.

​The follow up album in 2016, The Mileage, received glowing reviews and lots of airplay and a video for the song Going Down attracted large viewing figures which carried on the band’s musical progression and opened up opportunities for shows on the more established gig and festival circuit.