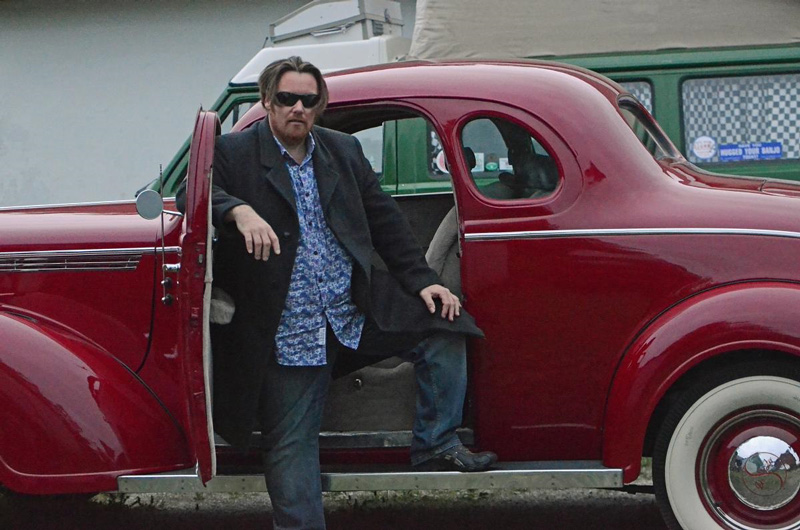 Contemporary singer, songwriter Tommy Allen returns to the Tavern after numerous visits both as one half of the Blues Duo and with the now reformed sassy blues rock band, Trafficker, after a 10 year hiatus during which he has been collaborating with other artists and working on more new original material. Tommy has an earthy, aggressive guitar style and tone, which he uses to bend and caress into every drip of love and sweat, to create an authentic guitar solo that will make the hairs stand up on the back of your neck.

His diverse musical apprenticeship has given him a very individual guitar style ranging from rock-orientated to mellow blues, where his approach to improvisation and spontaneity could be labelled as modernistic blues.

He has worked with a variety of artists such as Lazy Lester, Mojo Buford, Otis Taylor, Marcus Malone, Nicky Moore and, oh yes, the Sugababes.

Stevie Watts is an award winning keyboard player and one of the UK’s most sought after Hammond organists who can be seen touring with great artists including Steve Winwood, Mike Farris, Arthur Brown, Joe Louis Walker, renowned blues artist Danny Bryant, Elles Bailey, Sari Schorr, Lulu, Kiki Dee, Mica Paris and has supported bands such as Duran Duran on arena tours. He also has his own Hammond soul outfit the Stevie Watts Organ Trio.

Stevie is also proud to be part of the Masterlink Studio Sessions pool of players whom you can find backing some great artists on You Tube.